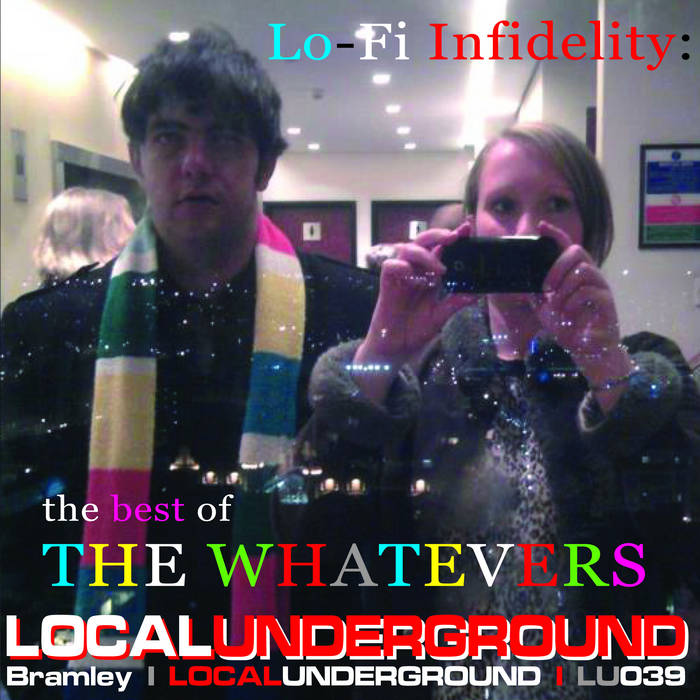 The Whatevers were, The Whatevers still are, just separately and more harmoniously. We can’t all be BOYS IN EYELINER playing the SAME POWER CHORDS for the rest of our lives, we grow, we expand, we change, we develop.

The Whatevers will now and forever be a past life project, a posthumous entity, a band to be discovered and weep that you never got to see them play live. Lyrically brilliant and portentous, The Whatevers fucked up before they could fade away but let us rewind and not re-record the sweet and beautifully honest yet jarringly frank sound and ethos The Whatevers carried with them. Paul Forster.


In early 2012 I asked The Whatevers to record a session for my show on www.dandelionradio.com. Unfortunately by then the band was splitting up, so instead we decided that I would release their ‘best of’ compilation, which you are now looking at. Listen. Buy if you like it. Then form a band. Rocker.

Plus guest:
Rob Bisson: Violins on track 8; Drums on track 14

Artwork by Mike Relton and PS I Love You

Track 03 previously released as a download single on Holiday Records. Also appears on the ‘Indietracks 2011’ compilation on Make Do And Mend Records

Track 6; and a shorter version of track 11; previously released on the album ‘All Your Indie Heroes’