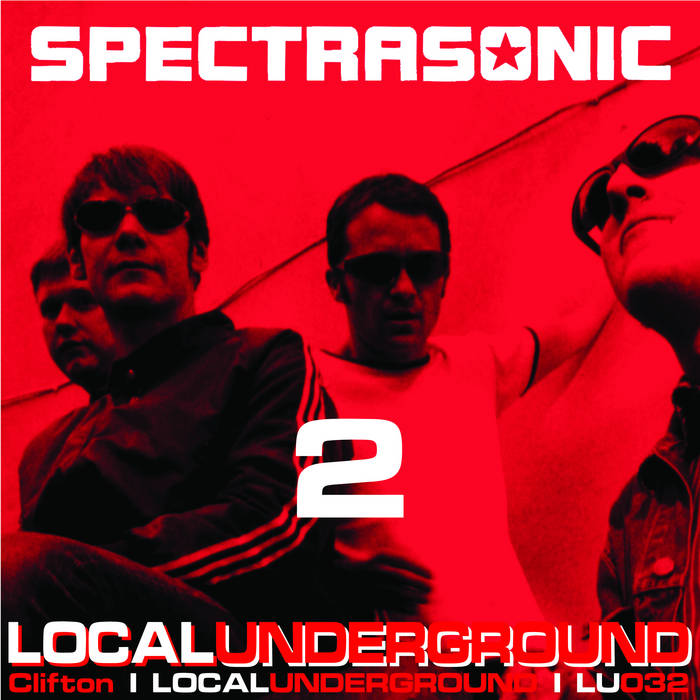 Spectrasonic formed in 1990, following the split of cult Bristol, UK guitar band The Family. They were always a gigging band, and played their final gig in 1999, with main songwriter Mark Hymas going on to form McDowell in 2000.

The band went through many lineup changes, but the nucleus was always Mark (guitar & vocals), Simon Dodd (drums) and Rocker (keyboards), with Adam Mullinger on bass from around 1994. They were augmented by a series of other guitarists, guest musicians, and backing vocalists, generally playing out as a rather loud five, six, or even seven-piece band.

This release compiles the best of the band's recordings from their later years, 1997 - 1999, including the single "Target Practice", plus other songs recorded at the same sessions at Coach House studio in Clifton, as well as tracks recorded at Rocker's home studio.

Spectrasonic 1, featuring the band's recordings from the early '90s, should be released later in 2012 on Local Underground.