Get fresh music recommendations delivered to your inbox every Friday.

by The Rev. Jonny Kinkaid And The Imaginary Nowhere Band 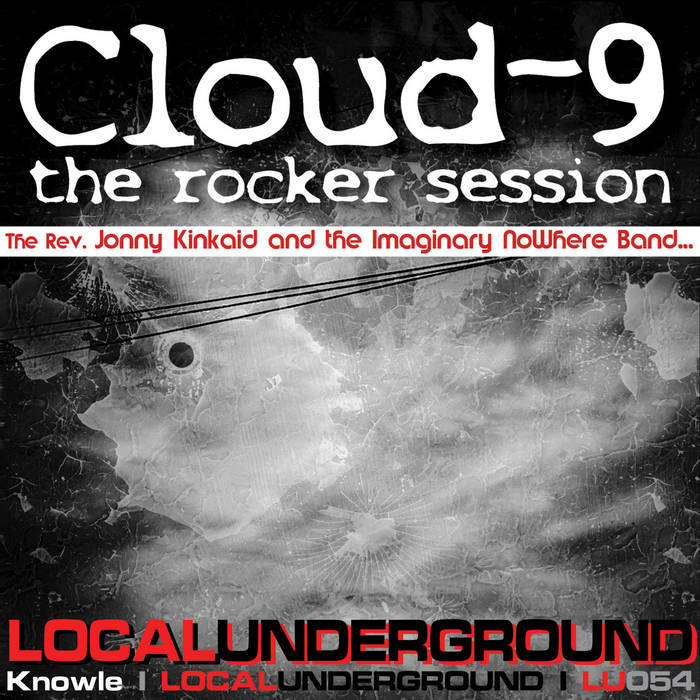 TO BE PLAYED AT MAXIMUM VOLUME.

‘Cloud 9’ is a song from the soon to be released LP ‘2029’ (on Raving Pop Blast Recordings, RAVE20182CDR), but this is a whole new recording of the song. It was recorded at Rocker's legendary StAR Studio on a cold winter's day, but the song's origins had a more pleasant seasonal birth....

The song began with a more or less true story (the untruths have been redacted)....

It was spring, the daffodils were yellow and the grass was a vivid green.

I reached the point that looked out across the valley that snaked its way through the wooded hills. I sat on the bench and looked upwards to the sky. High above the clouds I could see an object traveling from eXsX tX wXsX and I wondered who they were and where they were going.’

The LP ‘2029’ Is a concept sci-fi LP. A sequel to George Orwell's 1984, but 2029 ends with love winning the day and the universe in balance, albeit at the cost of the almost entire loss of humanity, but hey!

Written by The Reverend
Produced by Rocker