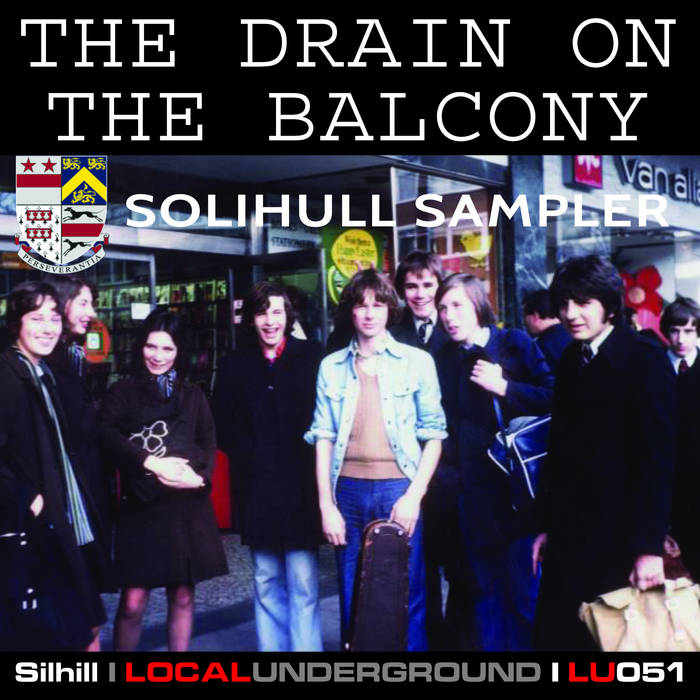 Sometime in the recent past a photo appeared on Facebook. Taken forty years ago, it captures a moment in time when a bunch of teenagers was trying to break free from the suffocating restrictions of a straitjacketed English upbringing in a dull Midlands town. Their main escape routes were the music they were listening to, and the daily meetings between opposite sexes, after school in the local shopping precinct.

Some of those teenagers formed The Drain On The Balcony, and forty years on they were inspired by that photograph to write a song about those heady days of 1976, when the only thing that mattered in life was whether they would get in to this weekend’s house party.

Turns out that a few other people were also inspired by that photo, and our good friend Sara has gone ahead and booked a venue, so after a short break of something over 36 years it looks like we will soon be playing a short live set.

In case you were wondering what we’ve been doing for the last five years since we reformed, here’s a sampler featuring a few of our recordings - Local Underground is releasing it as a pay-what-you-want album, so feel free to enter 'zero' in the pricing box. While you're here you can also have a browse through the label's back catalogue here... localunderground.bandcamp.com

Solihull Sampler by The Drain On The Balcony

Tracks 2, 3, and 5 are from the Local Underground album ‘Drainwaves’ by The Drain On The Balcony: localunderground.bandcamp.com/album/drainwaves

Tracks 6, 8, and 10 are from the Local Underground album ‘The Dark Side Of The Drain’ by The Drain On The Balcony: localunderground.bandcamp.com/album/the-dark-side-of-the-drain

Tracks 1, and 9 are from the forthcoming third album by The Drain On The Balcony


Recorded, produced and engineered 2011 - 2016 by Rocker at StAR Studios, Bristol, UK, on his trusty AKAI DPS24 and a Mac running Reason, except track 04 recorded at Green Lane Studios, Shipston

All songs written, ℗ and © by The Drain On The Balcony, except:
Track 03 Written by Strummer, Jones ℗ Riva Music
Track 07 Written by A. Jarrett, copyright control
Track 11 Written by Prolapse, ℗ Cherry Red

Sleeve design by PS I Love You
Sleeve photo by K. Dickinson
Other photos by D. Vernon